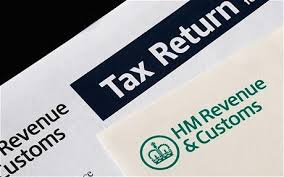 Tax officials are sending nearly one million penalties to taxpayers who failed to file self-assessment tax returns by the end of January.

The letters are being sent to those registered for self-assessment (SA) but who failed to file personal 2017-18 tax year returns online by January 31.

But the final figure is expected to grow significantly as those who fail to pay the penalty and file returns by the three-month cut-off incur additional daily fines.

Around 60,000 late tax returns have already been lodged between February 1 and 15 – but those taxpayers are still liable to pay the £100 penalty.

An HMRC spokesman said: “Anyone who hasn’t yet sent their 2017-18 tax return to HMRC will have already incurred a £100 late-filing penalty.

“Non-filers have to file online now to avoid further penalties or contact us to ask to be taken out of self-assessment, and provided they meet the criteria, we will take them out of SA and cull any penalties incurred.”

The Tax Office expects to have finished processing all 850,000 penalty letters by February 20.

Most of those hit by the late filing penalty are expected to receive their letters within seven days.

Taxpayers who fail to file returns after three months are hit with a daily £10 fine up to a maximum of £900, along with the initial £100 fine.

Those who allow the filing delay to extend beyond six months are handed another £300 fine or 5% of the tax due, whichever is higher.

HMRC is then entitled to give those who fail to file within 12 months a tax demand up to 100% of the tax due instead.

If you have already registered, login below or click here to register now with UK Tax Returns Online. It’s free and without obligation. Only your name and email address is required. By using this site you agree to our Privacy Policy and associated use of Cookies

This website uses cookies to improve your experience while you navigate through the website. Out of these, the cookies that are categorized as necessary are stored on your browser as they are essential for the working of basic functionalities of the website. We also use third-party cookies that help us analyze and understand how you use this website. These cookies will be stored in your browser only with your consent. You also have the option to opt-out of these cookies. But opting out of some of these cookies may affect your browsing experience.
Necessary Always Enabled
Necessary cookies are absolutely essential for the website to function properly. This category only includes cookies that ensures basic functionalities and security features of the website. These cookies do not store any personal information.
Non-necessary
Any cookies that may not be particularly necessary for the website to function and is used specifically to collect user personal data via analytics, ads, other embedded contents are termed as non-necessary cookies. It is mandatory to procure user consent prior to running these cookies on your website.
SAVE & ACCEPT